There is little in our society more terrifying than the thought of being caught in an aircraft accident. The very human fear of a powerless, plummeting death has been with us since the advent of aeroplanes. Yet it’s easy to forget just how frequent crashes were in the first decades of powered flight – and how far aviation safety has come over the past century.

Australians are rightly proud of our extraordinarily safe airways. In fact, the nation’s last major accident in regular passenger transport flying occurred on New Year’s Eve, 1968. Since then there have been several significant incidents, as well as high-profile accidents that touch on the present. Yet for over 50 years, we have been spared major tragedies in our skies.

In the 50 years before 1968, however, Australia’s aviation safety record was startlingly different. A 1938 study, for instance, found that the nation’s death rate per 100,000 passengers was poor by world standards. According to period statistics, our airways were far more dangerous than the United States and most European nations, although France and Mexico suffered worse records. Throughout the 1950s, however, the trend changed markedly and Australian aviation safety became the envy of the world.

Charting this process is the theme of a movie released on YouTube by Heritage of the Air investigator, Dr Peter Hobbins. Launched early in 2020, Out of the Blue? How Aviation Accidents Shaped Safer Skies is an 18-minute film spanning the critical years of 1921–71. Based on a series of accidents at or near Sydney’s Mascot Aerodrome, it traces how Australia’s airways changed for the better over those first five decades.

The content for the film was drawn largely from the extensive collections of the Civil Aviation Historical Society (CAHS) Airways Museum in Melbourne. This material included not only historic photographs, but airline and airmail ephemera, as well as safety charts and official brochures. Interviews included two fellow Heritage of the Air investigators, the society’s President, Roger Meyer, and Vice President, Phil Vabre. Their extensive knowledge of airways management and aviation safety highlights the consequences of major accidents on changes across the civil aviation sector.

Out of the Blue? also draws upon the extensive film stock preserved by the Airways Museum under the expert care of CAHS member Maurice Austin. The collection ranges from fragments of 1920s amateur footage through to highly professional Department of Civil Aviation productions. Peter reviewed and carefully catalogued content from across a multitude of titles to capture visuals and sound to integrate into the new movie. As a result, it uses rarely seen or long-forgotten footage, rather than the oft-repeated newsreels that feature in many mainsteam documentaries.

Another major element in the movie was the creation of six computer animation sequences of major incidents and accidents at Mascot Aerodrome. These were carefully researched and storyboarded before being passed to the animation team, Flight Sim Global, based in Palo Alto, California. The animators created realistic renders of a range of aircraft, from the early Avro 504K two-seater which crashed at Mascot in 1922, to the near-collision of Boeing 727 and Douglas DC-8 jetliners in 1971. Each aeroplane was faithfully ‘painted’ in appropriate colour schemes and markings – bearing in mind what sticklers for detail aviation fans are!

Coming out at 18 minutes, the movie was shot and produced by photographer and filmmaker, Steven Pam, of Melbourne-based Smartshots. The final product involved careful editing and lively touches added by Stephen, from sound effects to strategic cuts. Working with Peter’s script and content suggestions, the pair strove to do more than merely catalogue a series of crashes. Rather, the movie aims to shape a story across the first five decades of Australian aviation, outlining how accidents both reflected and then directed the course of flying in our skies.

Out of the Blue? How Aviation Accidents Shaped Safer Skies was launched on 17 January 2020 at the Airways Museum, attracting a record turnout. As a token of thanks for the significant input by CAHS volunteers, Peter donated a fragment of wreckage from the iconic lost airliner from 1931, the Avro Ten ‘Southern Cloud’, to the museum. Now freely available on YouTube, Out of the Blue? is another way in which Heritage of the Air investigators are launching their research into new flightpaths. 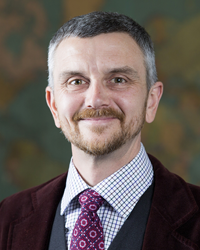