Gathering the images that comprised the raw material for the film was a great way to focus our thoughts on what we wanted the film’s message to be. Working with Tracy Ireland and Ross Gibson from the HOTA team, we sourced images from collections around the country: the State Library of Victoria, the National Library of Australia and the Civil Aviation Historical Society  archives were some of the most prolific contributors, though the full list of credits is much longer. Throughout this process we kept the major aims of the project in mind – to look back on the last century of aviation and society in Australia, and to explore possibilities for the future. Given that my work on the project is so closely focused on collections, I found reflecting on these aims through the lens of historic images sourced from GLAM institutions around the country to be a particularly interesting exercise.

Tracy and I spent several weeks thinking hard about how to convey the key messages of Heritage of the Air through images and film, guided by Beata’s invaluable advice. We wanted the end result to reflect the project’s diverse aims and inspirations, and avoid homogenising the story of Australia’s last century of aviation into an oversimplified narrative. To this end, we worked with a wide variety of sources, drawing on the particular strengths of each. This was a process that dovetailed quite neatly in with my own research. I have been thinking hard over the last year about institutional boundaries and how their capacity to provide structure balances with their tendency to limit scope, and approaching so many Australian GLAM institutions as a researcher seeking material gave me a strong foundation for developing this line of thought. It also prompted me to consider not just the strengths and high points of these venerable collections but also their weaknesses, and the places where there were perceptible gaps in the data. If we approach such inconsistencies simply as elements to be taken into account rather than flaws to be hidden or highlighted, how might our perspectives on representation and equality of access change?

Eventually, we had an array of images that spoke to the various facets of aviation heritage we wished to discuss in the film. It was important to all of us that as well as documenting the clearly evident points where aviation became a significant social force, we explored less obvious relationships and pathways. These included the role of aviation in broadening women’s career opportunities, and in enabling border militarisation and the extension of colonial power. Adding complexity to the aviation narrative is the goal of Heritage of the Air, not as an attempt to muddy the waters, but so that we can more clearly understand the impacts and significances of one of the most astonishing technological transformations of our recent history.

Tracy and Ross Gibson produced a thoughtful narrative text to accompany the visuals, which dwells on each of these points. Ross narrated this beautifully. Emphasising a future focus, the film discusses the new entanglements of aviation culture with global climate change and economic and social uncertainty – factors which have been driven home to us all in recent weeks. As is typical at this stage in a research project, the film perhaps raises more questions than it answers, but it provides a clear and visually attractive overview of the project aims and elements.

In my opinion, as we see a worldwide scramble for understanding about the role of air travel in both social and environmental damage and aid, the Heritage of the Air project appears more timely than ever. Recent enquiries into the part international travel has played in allowing the COVID-19 virus to spread have underscored the challenges a mobile global population presents in an immediate and arresting way, while also bringing into striking light how much we all depend on the services and opportunities aviation allows. We cannot afford to be simplistic about these issues. Now is the time to ask: what has this ground-breaking technology allowed us to do with ourselves, and what will we do next?

Thanks once again to Beata Kade and her team at the Art of Multimedia for making this project possible!

Jessica Western is a PhD candidate in the Faculty of Arts and Design at the University of Canberra. 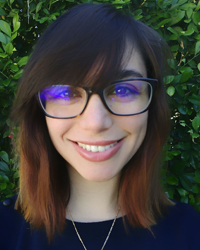 Jessica Western is a PhD candidate in the Faculty of Arts and Design at the University of Canberra.